Loaded with Features and Brimming with Luxury 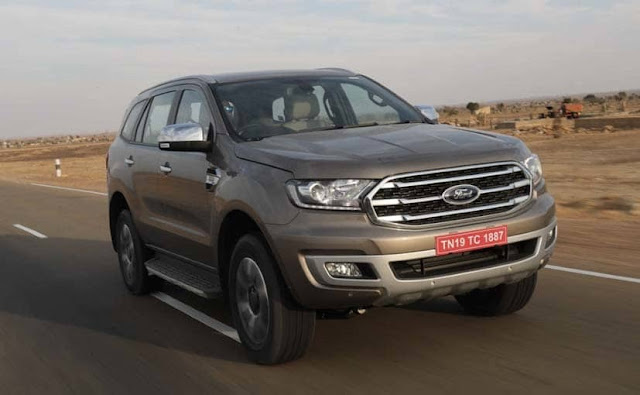 Ford has given its Flagship SUV a nip and tuck for 2019.
The New Ford Endeavour face-lift appears to come with several minor cosmetic updates, along with a host of new and updated features. The New Ford Endeavour face-lift model is officially  launched on 22nd of Feb 2019 updated with  the front and rear bumpers along with 18 inch alloys. Also the front grill is remake by adding some more chrome slates into it. 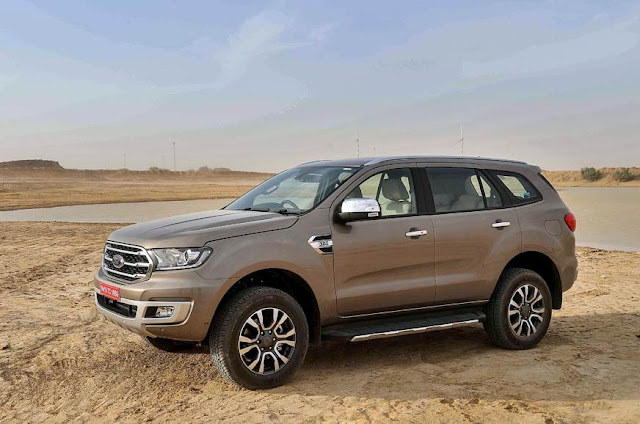 The less changes from the last model as the SUV is upgraded with some of the features but the outer look is somehow not changed. The front bumper looks more elegant with wide central airdam and silver frame around it. The skid plate design has been unchanged whereas the fog light has been revised. Although the projector headlamps and LED day running lights is unaltered. 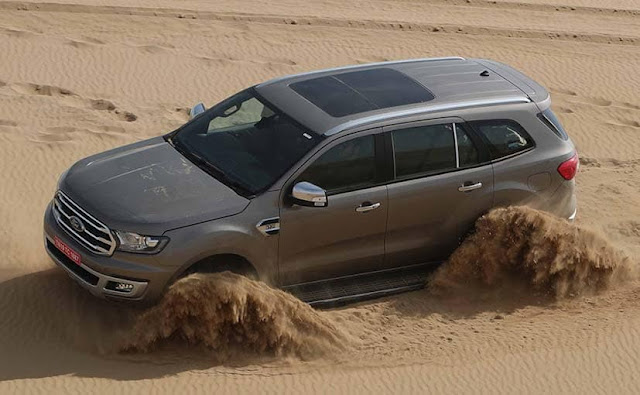 On the other hand the 18 inch alloys looks very appealing with new bolder six-twin spokes while the rest is remains unchanged, including the engine badging right above the front wheel arch. 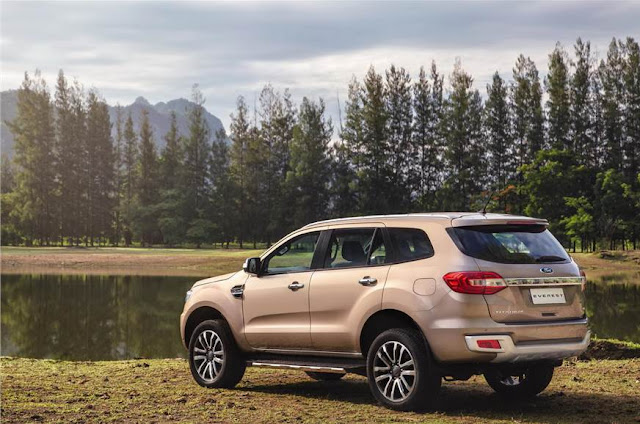 The rear look of the car is continued featured with same bumpers, taillamps not more changed as comparing with the front look .The OVRM's, roof rails and foot-board is carried over from the present model of this massive SUV. 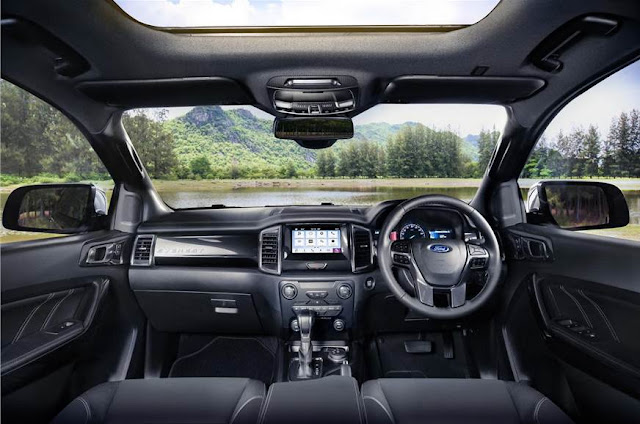 Moving to the cabin look of the SUV is lurking. The small details were upgraded which is very quintessential for this new Face-lift model. The dash board and front console looks pretty identical with the same placement for the touchscreen display, air con vents and the driving mode dial. The infotainment system has been updated with company's latest software supporting with Apple CarPlay and Android Auto with Ford's very own SYNC3 connectivity system. 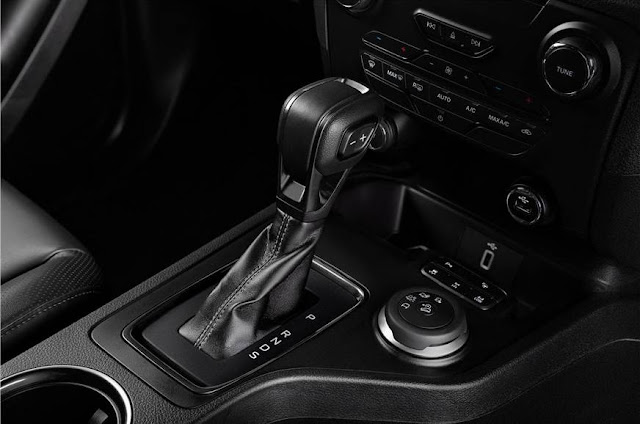 The different types of driving which attracts the driver towards the off-roading specially with this beast powered by massive engine. Other features will include power seats from both driver and front passenger, an engine start-stop button, and although we do not get see it here, a panoramic sunroof as well.

The existing 2.2-litre four-cylinder and 3.2-litre five-cylinder diesel engines have been carried forward from the pre-facelift model. Internationally, both units have been replaced by 2.0-litre unit that is available in single-turbo and twin-turbo versions.
Interestingly, the 2.2-litre unit will be offered with the choice of a manual gearbox with 4WD. The manual 4WD variants had previously been discontinued on the pre-facelift 2.2-litre model. The larger 3.2-litre diesel will be offered solely with a 6-speed automatic gearbox as standard, along with 4WD.

Ford has also revised the variants on offer with the facelifted Endeavour. It is set to retail only in Titanium and a new Titanium+ trim. The entry-level Trend variant offered on the outgoing model will be discontinued.

The updated Ford Endeavour will rival the likes of the Mahindra Alturas G4, Toyota Fortuner, Isuzu MU-X and the Mitsubishi Pajero Sport when it goes on sale.