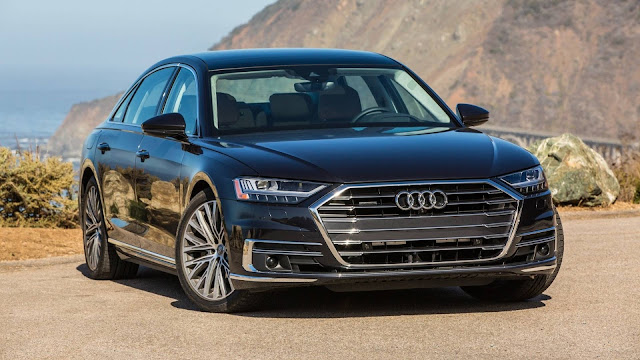 The unveil took place at the first ever Audi Global Summit in Barcelona.The Bold and Elegant design always be a eye catcher. The language of the design shout out loud the truly luxury flooded with obnoxious technology and connectivity. The new generation Audi A8L will also be capable of advanced Level 3 autonomous driving, the first of its kind for any automobile globally. 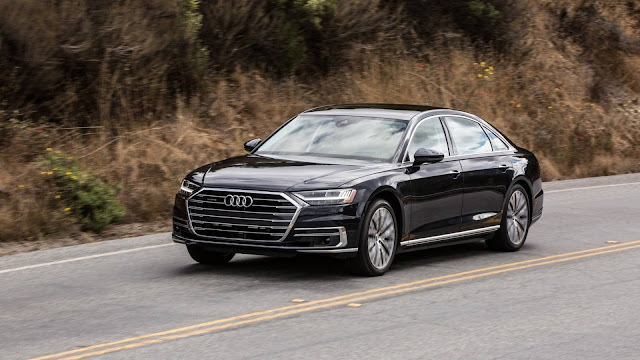 Judging purely on exterior design, probably not. In spite of the light show it performs every time it's unlocked, the A8 is understated, almost to the point of looking plain. The design is inspired by the luxury makers but not expecting the look with the older models of the Audi. 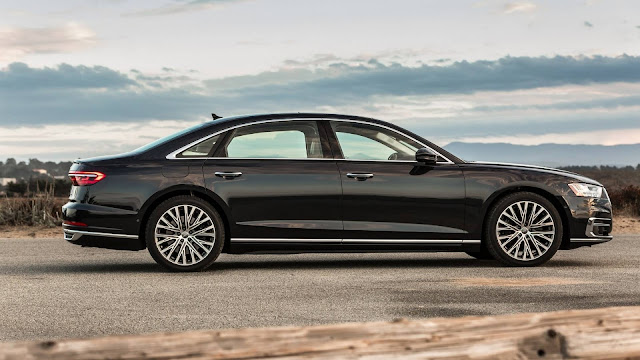 Even if the A8's styling isn't exciting enough for you, it only takes one glance to recognize it's a large car. The U.S. only gets the longer A8 L, which has a 123.1-inch wheelbase and measures 208.7 inches overall. Compared to the A6, that's an extra 8.0 inches of wheelbase and 14.3 inches of overall length. 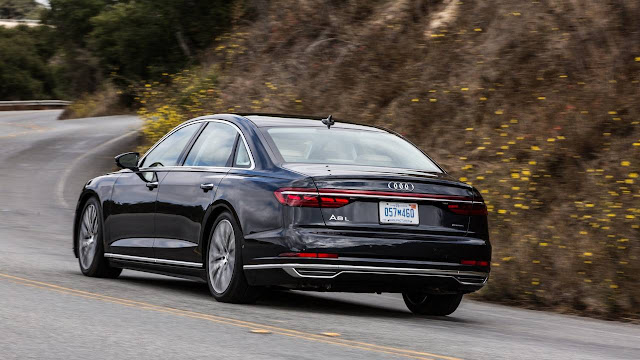 Surprisingly, the A8 handles curves pretty well. It's no R8, but in Dynamic mode, it's more nimble than you'd expect a 17-foot, 4,700-pound luxury sedan to be. Does it understeer at the limit? Probably. But if you plan to take corners fast enough to find out, full-size luxury sedans probably aren't for you. 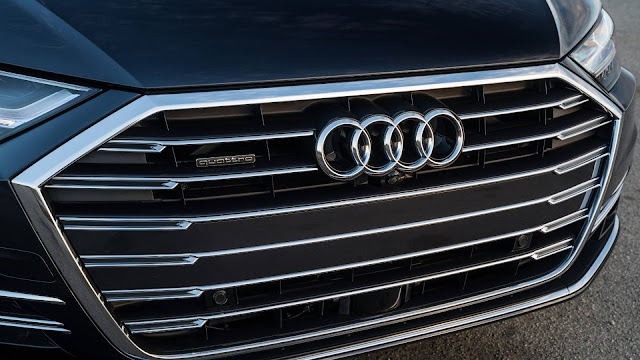 The front grill design becomes more wider and giving the elegant look. As for more power let the more air come into the engine section. All about the design is something similar with the other Audi models but somehow it looks courteous. 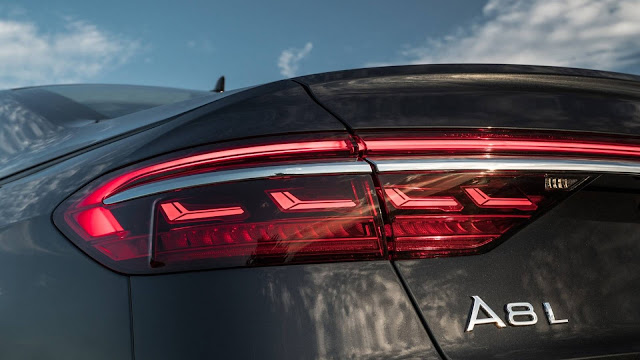 The Tail light is becoming s part of show stopper as the design is very new in this segment and the whole new look is revealed in this luxury sedan. More abrupt part is the tail light joining from the left section towards the right part looks amazing and inspiring . 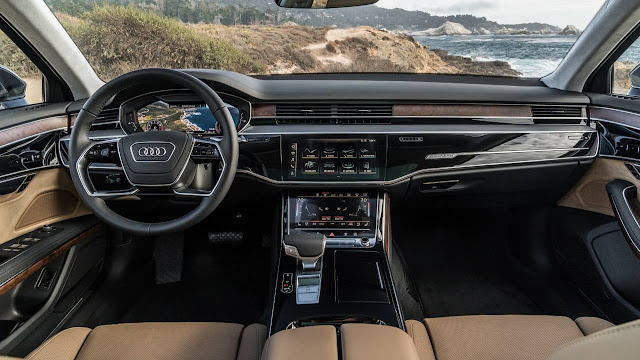 With Audi's Virtual Cockpit and two large touchscreens, the center console is largely devoid of knobs and buttons. Thankfully, Audi also took the time to develop a system that's intuitive to use and responds quickly to inputs, so the lack of buttons shouldn't be an issue. Even the remote for passengers lucky enough to ride in the back seat is easy to use. The fact that Audi's high-resolution graphics look great is just a bonus. 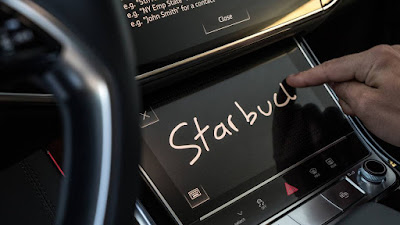 We don't need to spend any more time with the cabin to confirm it's fantastic, though. Material quality throughout is top notch, with handsome leather, wood, and Alcantara suede covering almost every surface that isn't a display. The seating position in front is excellent, as is the A8's yoke-like steering wheel. Technically a four-spoke design, it features the usual spokes at the 3 and 9 o'clock positions, along with two more sprouting from the rim on the bottom half of the steering wheel. The result of this design is something that both looks very nice and is an absolute delight to handle. Form and function have never been so happy together. 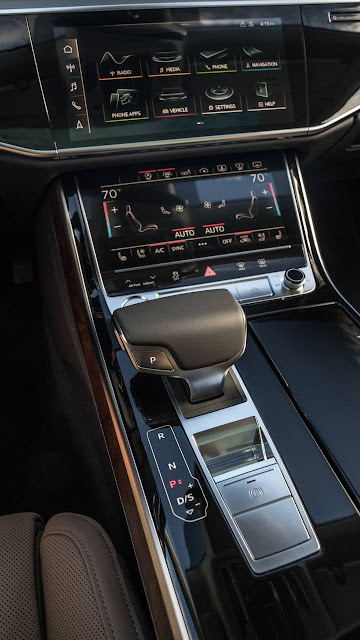 But Audi's new layout for its MMI Touch Response system will take some adjusting to. Organized by tiles, it offers plenty of customizability, but older versions of MMI were dead simple to learn. MMI Touch Response feels far deeper and more complicated, like Audi is trying to do too much right out of the gate. Of course, it's very possible our opinion will change once we've spent more time with the latest version of MMI. 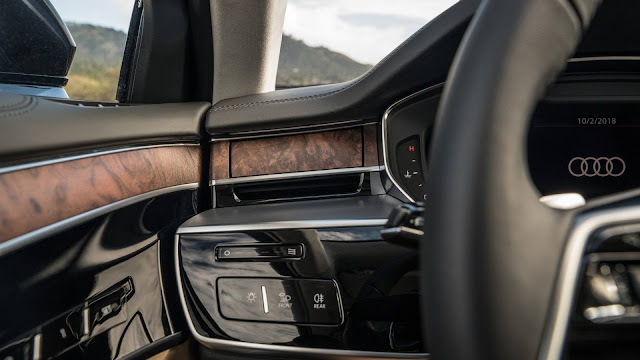 But the clean, modern design still feels fresh. The wood trim on the dash that retracts to reveal hidden air vents is an especially nice touch. If you're going to buy an A8, though, you better like piano-black plastic. It doesn't show fingerprints as much as you'd expect, but it's a major part of the design of the dash and center console. 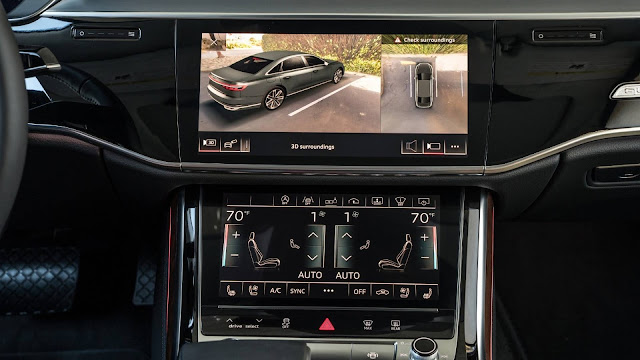 The most protagonist part is the center lever and the whole outlook of the section appeared with lots of features which is very useful as the technology is reaching to the heights so it a very intricate part of the entire interior section. 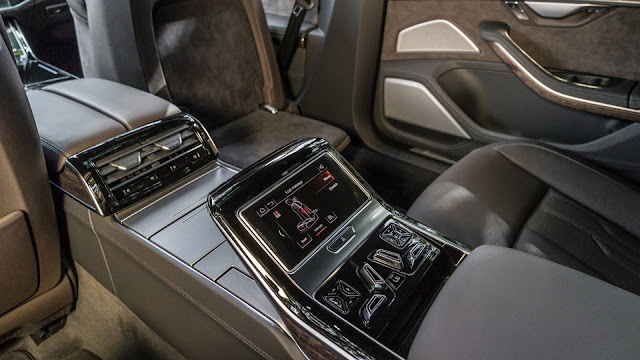 In back, Audi offers two seating layouts. A standard bench does a good impression of the more impressive Executive Rear Seat Comfort package and its two individual seats. The center of the bench folds down, exposing cupholders, seat adjustments, and yet another display for controlling the rear climate, the audio system, the power blinds, the ambient lighting, and other systems. 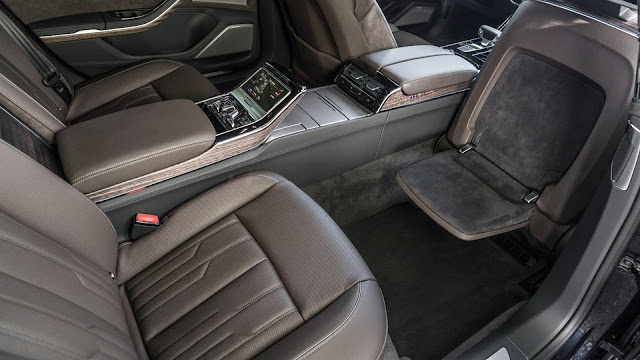 On the other hand features are not finished yet the center console on the rear seat is there for the adjustment of the seats and the look of the panel is very attractive giving a fresh feeling when it comes to long drive. As most of the cars did not have this idea it is very unique. 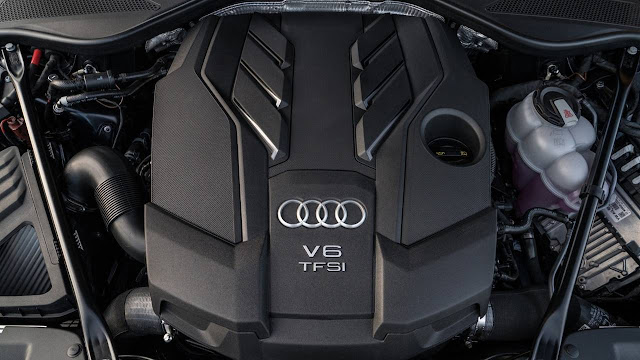 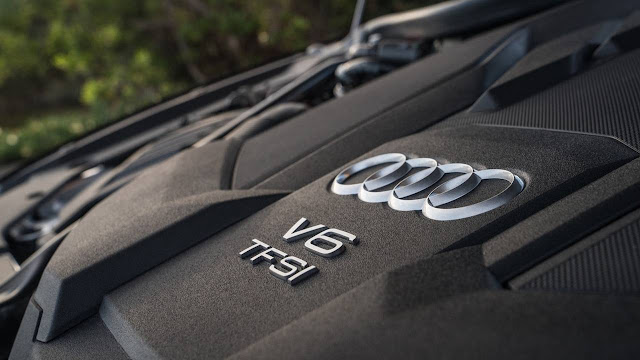 Executing passing maneuvers in the PCH's few passing zones required more planning than it should in a vehicle of this stature. The eight-speed automatic downshifted quickly, which made the A8 feel deceptively quick at the start of a passing maneuver, but as speeds climbed the engine started to run out of steam. The V6-powered A8 simply doesn't have the staying power it needs.
Aside from these passing situations, though, this remains a likable combination. The 3.0-liter V6 is quiet in everyday conditions, but it sounds pleasant and refined when pushed. And the eight-speed auto is charming. It’s composed and relaxed when puttering around town, but in Dynamic mode, it’s an easy transmission to have fun with. Kick it into the sportiest setting and work the wheel-mounted paddles, and (along with DAWS) the A8 starts feeling far sportier and engaging than it has any right to.