This Crossover gets something which makes its unique from the other Electric Vehicles present in the market. Kona is 4.2 Meters long and 1.8 Meters in width nearly same size as Creta. Somehow Kona does not look like a bigger SUV but this Crossover is get something to stand in the market. 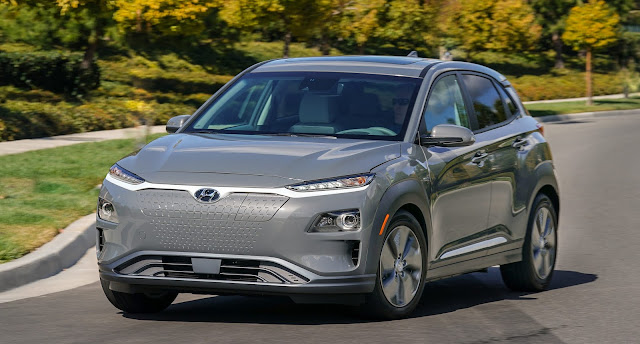 Hyundai Kona is aerodynamic in design and size of this segment. The black plastic cladding all over the car makes it upstanding among the other crossovers in the industry.
In India 39KW battery pack will be available which produce 136Bhp and 395Nm Torque with Top speed of 157 KMPH , 0-100KMPH in 9.2 Seconds. 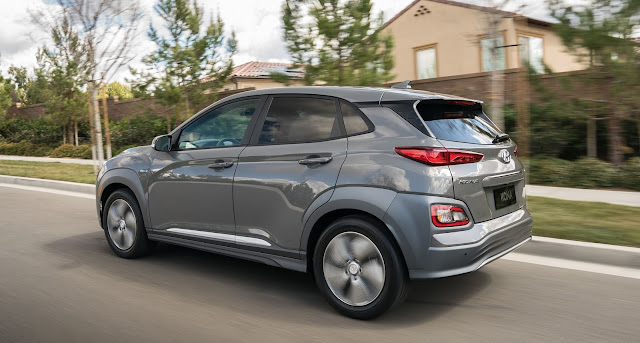 As the trend is followed by putting the DLR's on the top ans the Headlamp is below that this Split sections looks High-minded. The small split section below the logo of the Hyundai is just looks like small cuts on the front makes the car more realistic. 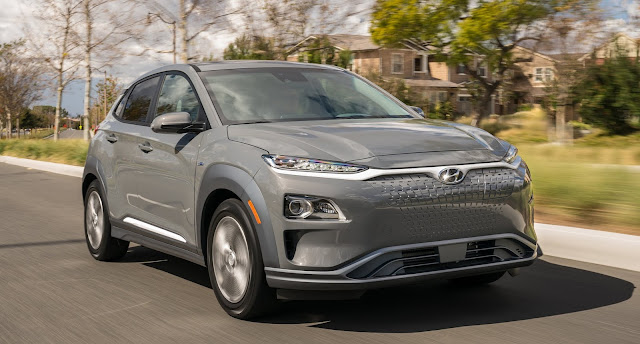 The design is framed so that a broad bumper is there which makes the bumper more lengthy and is gives a look like a massive big car from the front. At the ending of the Bumper black plastic stripes is here joining from left to right makes a triangular design. Somewhere it looks like from where the air will be intake into the engine but don't care to much about that because it is an Electric Vehicle. 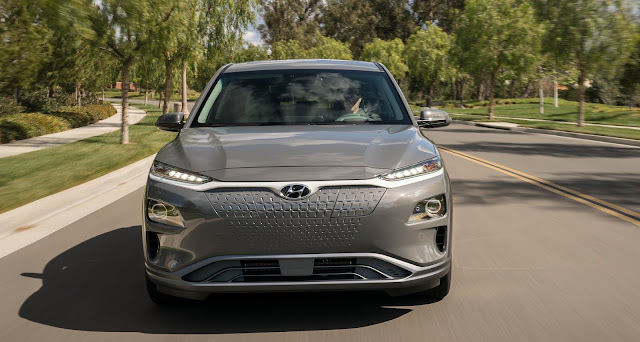 Not more curvy in the Design and is nit giving an Ugly Look to this vehicle. From sidelong it is similar to Tucson but not to much bigger less curves is there. The five spoke 18 inch alloy wheel provide the better performance to this SUV as some of the comfort is depend upon these factors. 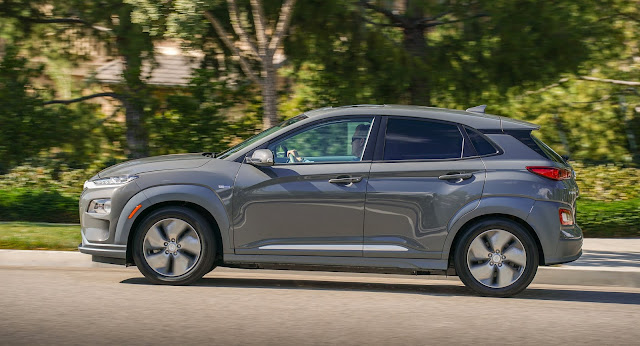 The rear look of the car is similar to some models of Hyundai like Creta and Tucson but the section in the bottom with the indicators and back light is spliced from the Taillights giving a new essence to this flamboyance to this Electric Vehicle. Somehow it appears that the rear windscreen is small in size but it is designed to keep in mind everything according to the customer. 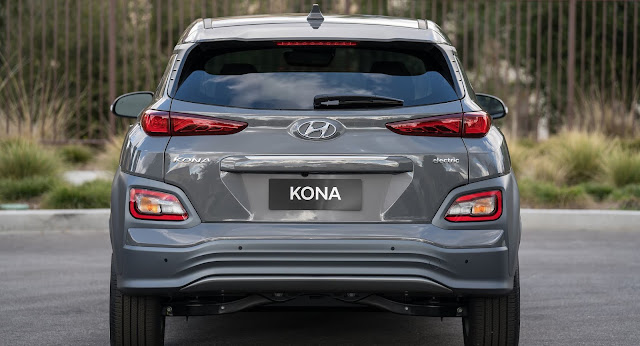 No Chrome Grills is there just a plastic cover to open the Charging Module of the car which makes the elevation of this car more approachable. The idea of the plastic module is more simple but it gives the protection to the charging zone.
The Lithium Ion battery is gets charged up-to 80% in just 54 Minutes with 100Kw DC fast charger  which is very convenient. 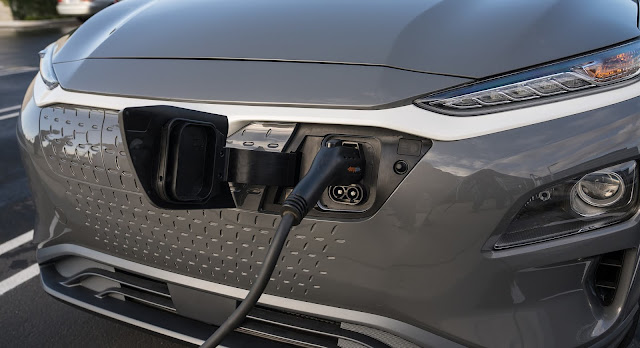 The cabin of this Crossover is made by different materials with fine finishing and design in Dual Tone so that it look more elegant. The design is inspired by European minimalist touch which refresh the mood as entering into the cabin. Some buttons are present with the Gear stick to control the different Drive Modes and seat controls of the car. 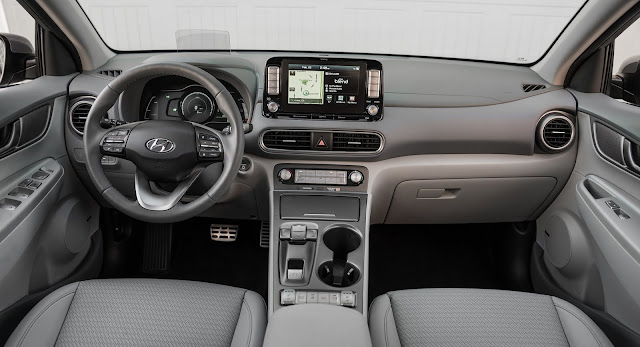 The meter display is &7 Inch long with lot of Electric Vehicle features loaded into it.
The Digital meter gives several information which is needed as being a driver or the customer of the car so that the comfort zone should be maintained as possible. The Energy level is also there so that influence by driver can be shown that which drive mode is more economical of for the usage of the car. 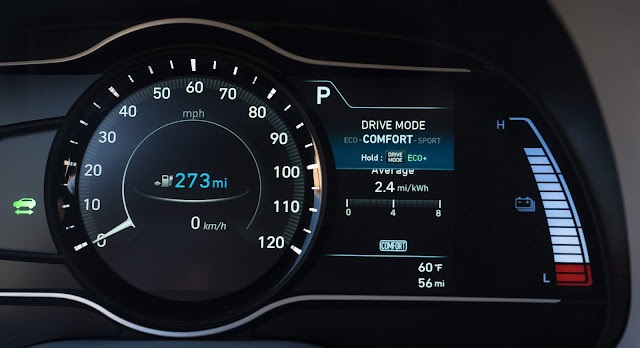 As being an Electric Vehicle the cabin is Super Silent no other noise is there except the music as powered by 10 Speakers with sub-woffer included into it. Steering controls are there for make a call or disconnect, volume controls and many more. Somehow the interior designing is disappointed but later on it gives spark. 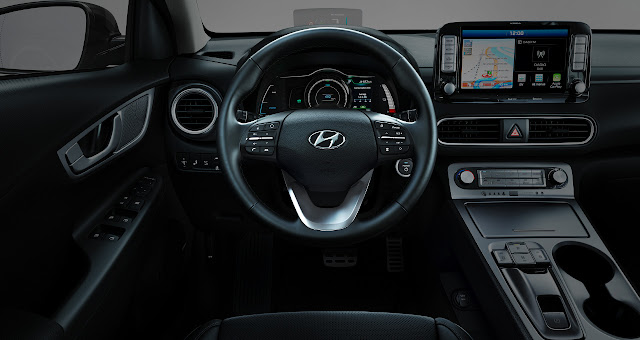 The 8 inch Navigation system flooded with the 3D Navigation, Media and Connectivity features. Coming up with 7 years of Free Subscription for Live series, Weather, Real Time Traffic and many more. Supported by Apple CarPlay and Android Auto so that any app should get connect with the car and without phone the Applications can be controlled. 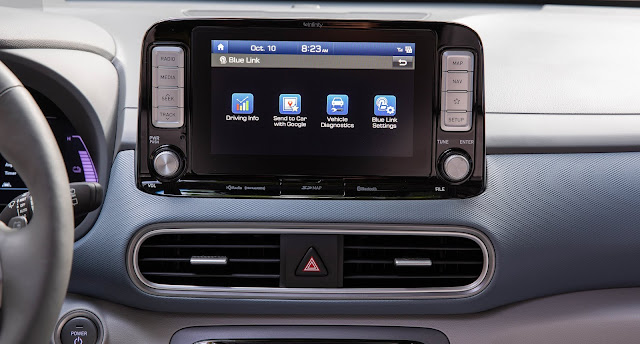 Head up display is the new Trend in the cabin of the car. It tells us about the Speed information, Navigation, Warnings and the Energy Level of the car. The Energy consumption of the car is also available on the Head Up display of this Massive Crossover. This display information system is Driver Friendly which is reliable and become the one of the necessary Feature of the car. 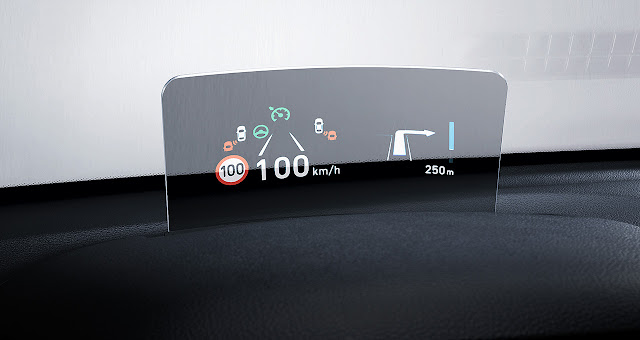