The new Audi A6 is the 6th Generation of this all new sedan series. The downsized version of a capable Flagship cars from AUDI. From this new generation the expections are very high but it is not that satisfying. As with all new A8, A7 and A6 is a expression of the new Era of Design Language. 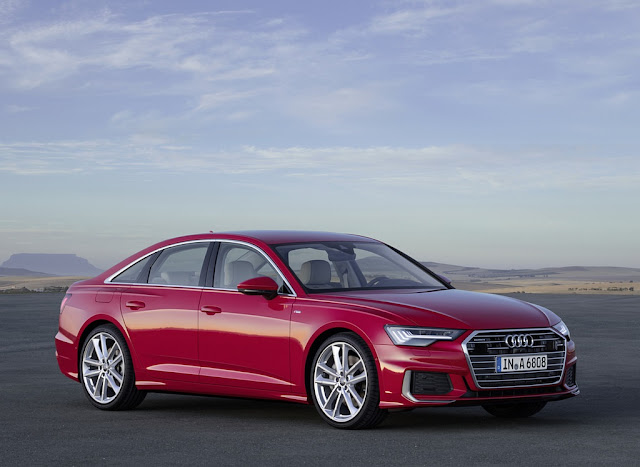 The car looks almost same size as forerunner and maintained the similar footprints. As this version of A6 is seems to be the baby version of A8. With large surface, sculpted edges and striking lines this business sedan conveys its character of high tech and sophistication. There are obvious characteristics that bind them together as siblings though - a muscular hood, masculine flanks and a character-defining sharp crease over the rear fender. 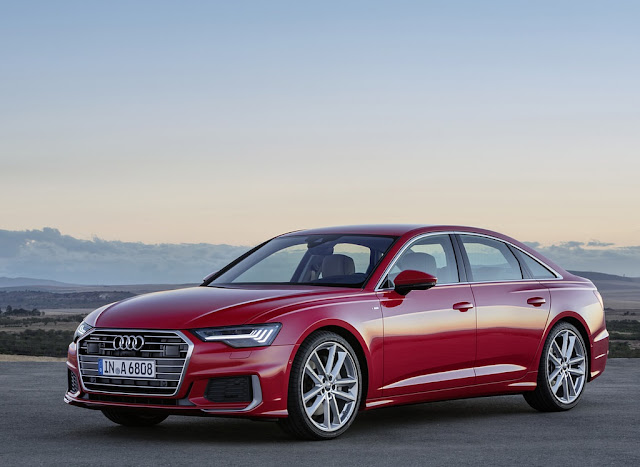 The headlamp is stunning, with slim DRLs (daytime running lights) and great use of layering. The matrix LED headlamp is made up of 32 LED units, and is likely to be standard on the Indian spec. The taillights are the car's signature - with sharp horizontal LED lines and short vertical ones below it. Both are separated by a chrome strip that travels across the back of the boot lid and slices through both taillights. 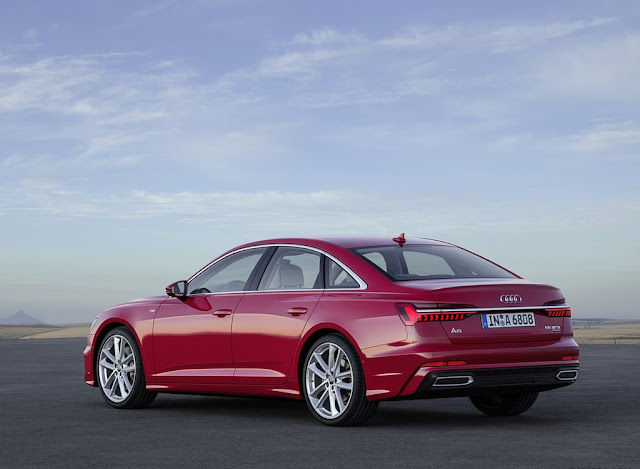 From the side three distinctive lines reduce the visual  height of the A6. The wheel arches emphasize the vehicle Quattro DNA. The Roof lines which tapers into Flat C-Pillars. The Short trunk lid ends in a curved edge give more optimized Aerodynamics to the vehicle. 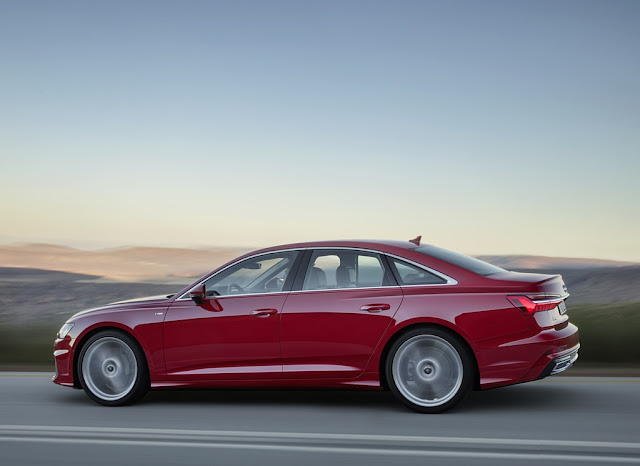 By using the steel and aluminium multi-material which gives more strength along with 30 percent lateral  rigidity adding with 10 percent greater torsional stiffness. The cabin length is up by 21mm, rear legroom by 17mm and there's more headroom - 8mm in front and 11mm at the rear. 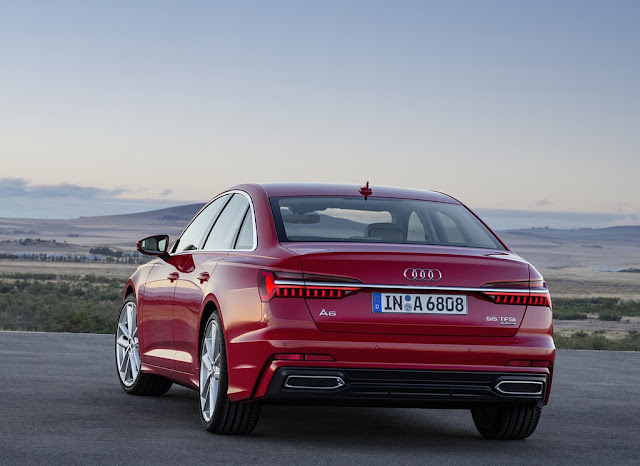 The interior is very attractive as entering into the cabin. The revolutionary infotainment system is debuted in all new A8, A7 and A6. The new MMI Touch Response replace the rotary dial and the conventional buttons, controls of the previous model with two large high resolution touch displays. The MMI infotainment system gives more attention to the user as it can be used for Location of Central Vehicle Functions by using a Drag and Drop Technique, making it as intuitive to use as a smartphone. Up to 32 shortcut controls are there to use as per the preference of the driver which is very convenient and can be preferred as per the need of driver. 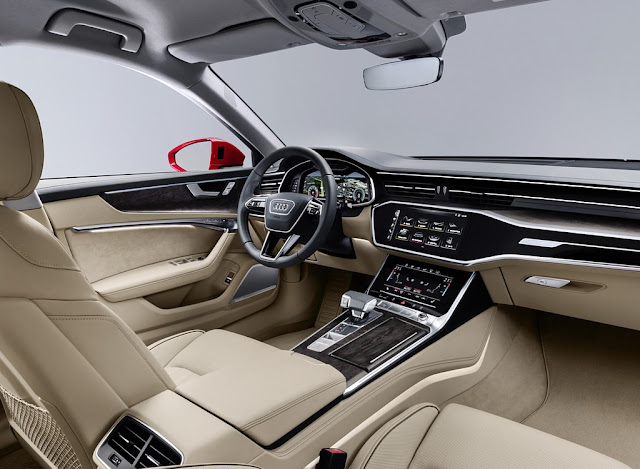 Voice controlled cabin is there in A6 if user is said " I am feeling cold" to which MMI reply's that "What Temperature would you like to set in the cabin?". The A6 processes the question and command through the data which is set on board and detailed information from the cloud with MMI navigation plus.

There is optional 4 wheel steering is there which makes control even better at higher speeds the rear wheel turns with front wheels, while at lower speed they turn in opposite direction. This helps to cut the turning radius of the car by 1 meter which helps in U-Turn and parking situations specially in India. The A6 is having different drive modes like Efficiency, Comfort, Dynamic, Auto and Individual Modes. 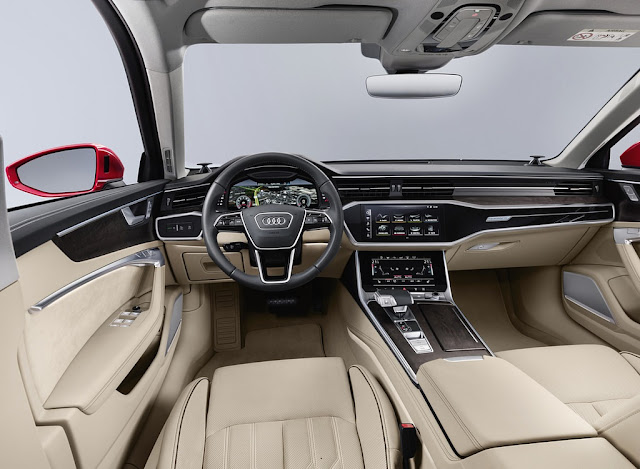 The Dual Center Display with Hepatic touch feedback system is the new concept which is something unique and different in this class. Audi Virtual Cockpit Plus is installed with 12.3" high resolution display is there to show the location on Google Map or via 3D Map. The Audi phone-box in which the phone is placed it start charging without wires. 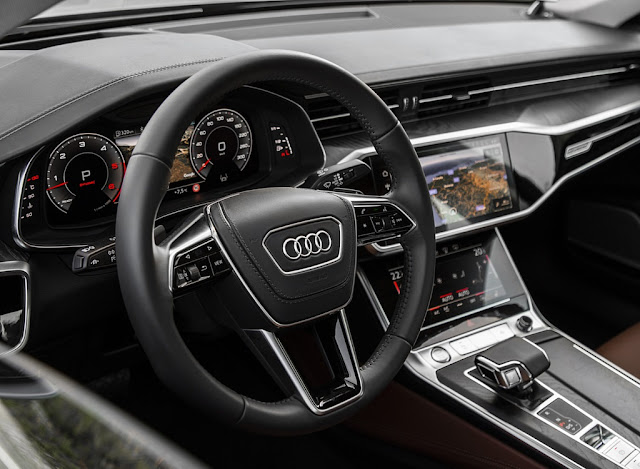 The Legroom is very spacious with attached with 4 Modes of Climate Control and Comfort for the passengers on the rear seats with heated seating surfaces helping out in the cold days. The boot itself is very huge with wider opening now. The volume is 530 Liters larger than before and despite the mention storage of Li-Ion battery below the floor. 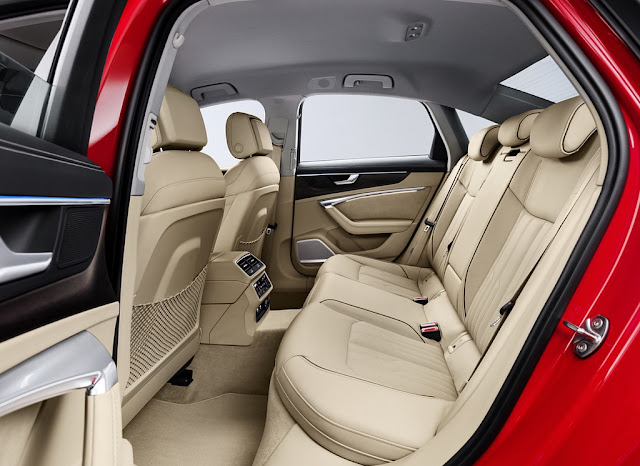 The new Audi App is developed As the Intelligence is Trending to control some of the system of the car by the mobile phone of the user so that no more usage of the control panel as some of the features like user can locate its Audi in the parking lot, Vehicle status- fuel, windows, lights and more, Remote Vehicle Access, Scheduled maintenance, Complete Route Guidance and many more can be customized as per the requirement of the user.

The emotions can be carried away by controlling the color system of the whole interior by 30 Vivid shades of ambient lighting. The LED lights that change in color is placed throughout the cabin to outline and Highlight the elegant shaped and surfaces inside the Audi A6. 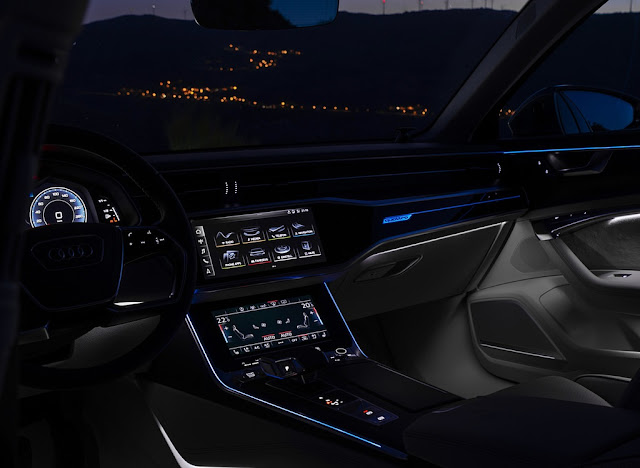 The 2.0-Litre TDI 4 cylinder 200 BHP and 400Nm Torque
The other two engines are of same block but with different state of tunes
The 3.0-Litre TFSI V6 Engine features a twin scroll turbocharger that helps the Engine to produce 369 Nm of Torque and 335 BHP
Also 0-60 mph in 5.1 seconds


The cars also get a mild-hybrid system as standard on the V6 and optional on the 4-cylinder. This means the car has a small lithium-ion battery on board (48 volt on the V6, 12 volt on the 4-cylinder) that stores recuperative energy. So any regenerated power acquired by braking or in dynamic drive mode is stored to make the car's running more efficient, and also during start stop. 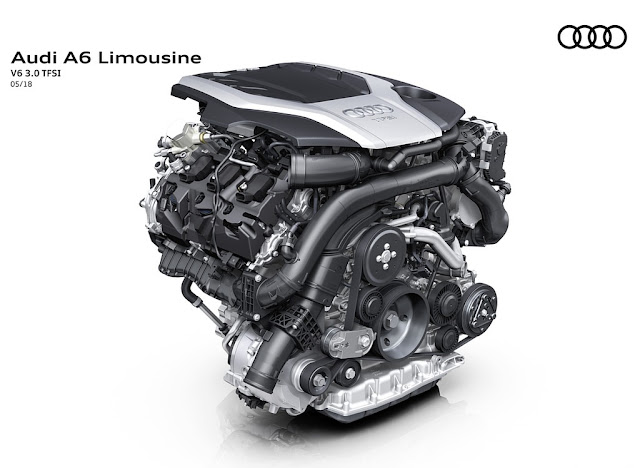 August 31, 2019
THE NEW MPV OF TOWN ABOUT THE CAR The Maruti Suzuki's new MPV XL6 based upon the design of present Ertiga with some cosmetic changes this car comes with some first new segment features. This is the first car for NEXA coming up with three row Seats presenting with better Crossover Styling. EXTERIOR Having a look from the front angle the view it gives the glimpse that car is having something makes it more flamboyant from the present model of this car that was Ertiga. The placement of the logo is perfectly arranged among the chrome grill. The length of the car is 4475mm, width of 1775mm and height will be 1770mm. The turning radius of 5.2 meters. The new designed LED Headlamps with integrated Day Running Lights (DRL'S) along with the indicators.The size of the headlamps is nicely optimized so that it did not appear to be a giant lights.  . The chrome front grill is bold and joined with the headlamps with the DLR's that is tremendous becomes the cent
5 comments
Read more